COLWAY offers many products with a soul, which grew out of passion and our – mainly native – inventiveness and vision. A community was created around these values, the members of which have learned about the effectiveness, uniqueness and affordability of these products to earn decent money.

Welcome to the path leading to professional success in cooperation with COLWAY!

We open up for you great opportunities for brilliant development and decent earnings – in a Polish venture, in a job that will become your passion, make your dreams come true and ensure financial stability, prosperity and the possibility of contact with people.

We provide our associates with tools and products, thanks to which they can proudly present a brand created out of vision and passion, defining absolutely innovative solutions and products – real masterpieces in their class.

Register, fill out the form and wait for information on how to start your long-term adventure with COLWAY.

The benefits of the Colway Financial Plan

The fact that you honor us with reading this material means that you have finally heard rumors about magic elixirs – Polish fish collagens, the existence of which is still sometimes accompanied by disbelief, but which have aroused fascination and desire for fifteen years. About health medicine preparations – COLWAY supplements, which have no similar in the world, about such sensational substances as, for example, lunasin, which no one else in Europe has, or about the world’s first shampoo with diosmin that really thickens hair … also to you the news that you can earn a lot on Polish biochemical inventions promoted by COLWAY.

The products we focus on appear once every half a century. Almost all of them are based on native biotechnology. It is in Poland that collagen has been isolated in molecular form from fish skins, the peptides of which are able to overcome the epidermal barrier and stop the skin aging processes for years.
And many years later, the formula of Atelocollagen, or the first Polish fibroblast growth factor, was developed. 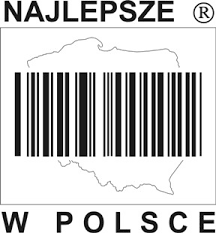